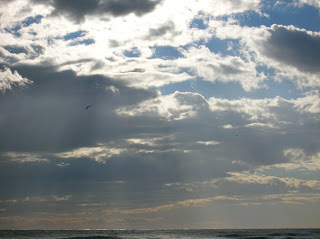 There hasn’t been a progress report lately, the building work is slow and to detail a day sanding would be tedious. That’s not to say I don’t like sanding, there’s something enjoyable about seeing shapes form under the 20 grit, it’s difficult to stop my mind drifting off though. I was wondering how many 20 grit personalities I’ve run up against over the years, inflexible, fast moving characters. You either avoid them or get the edges sanded off your self-esteem.

I stopped at Port Ginesta on my way back from Barcelona today. Compared to my local yard it was buzzing. A fishing boat was being built in one shed; the mould was set up—an impressive wooden structure that puts my small efforts into perspective. 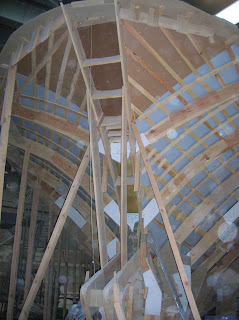 There were a couple of other interesting sights. 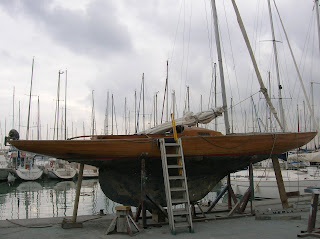 This is a six metre built to a similar formula that defined the classic J Class yachts of the America’s cup, only many times smaller. She’s slick and beautiful but up close there was a reassuring amount of filler used on the hull. 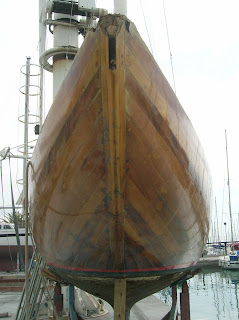 The ladder seemed to indicate that someone was aboard but despite jovial knocking no head appeared.

Then I came across this pretty old girl, Grey Ghost of Southhampton and there were people working on it. 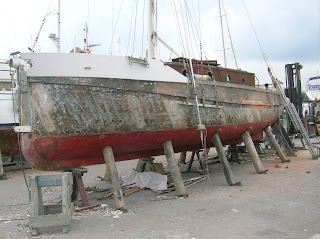 But they weren’t the owners and they didn’t know anything about the boat except that it was about 100 years old (sounds like an exaggeration) and that it had some serious rot. The rather morose builder had nothing more to say. 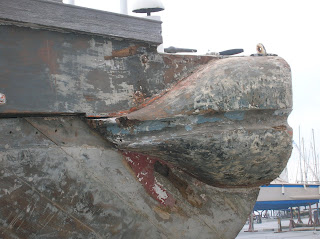 He didn’t know what these strange bulges on the stern were for, and his body language implied he didn’t care. I’ve yet to run up against a boatyard worker passionate enough about boats to have a friendly chat, or maybe boatyard bosses enforce strict nose-to-the-grind-stone policies. Sometimes I think it’s my boat-side manner, too brusque and prying in Catalan. Maybe I should give it a run under the 20 grit.