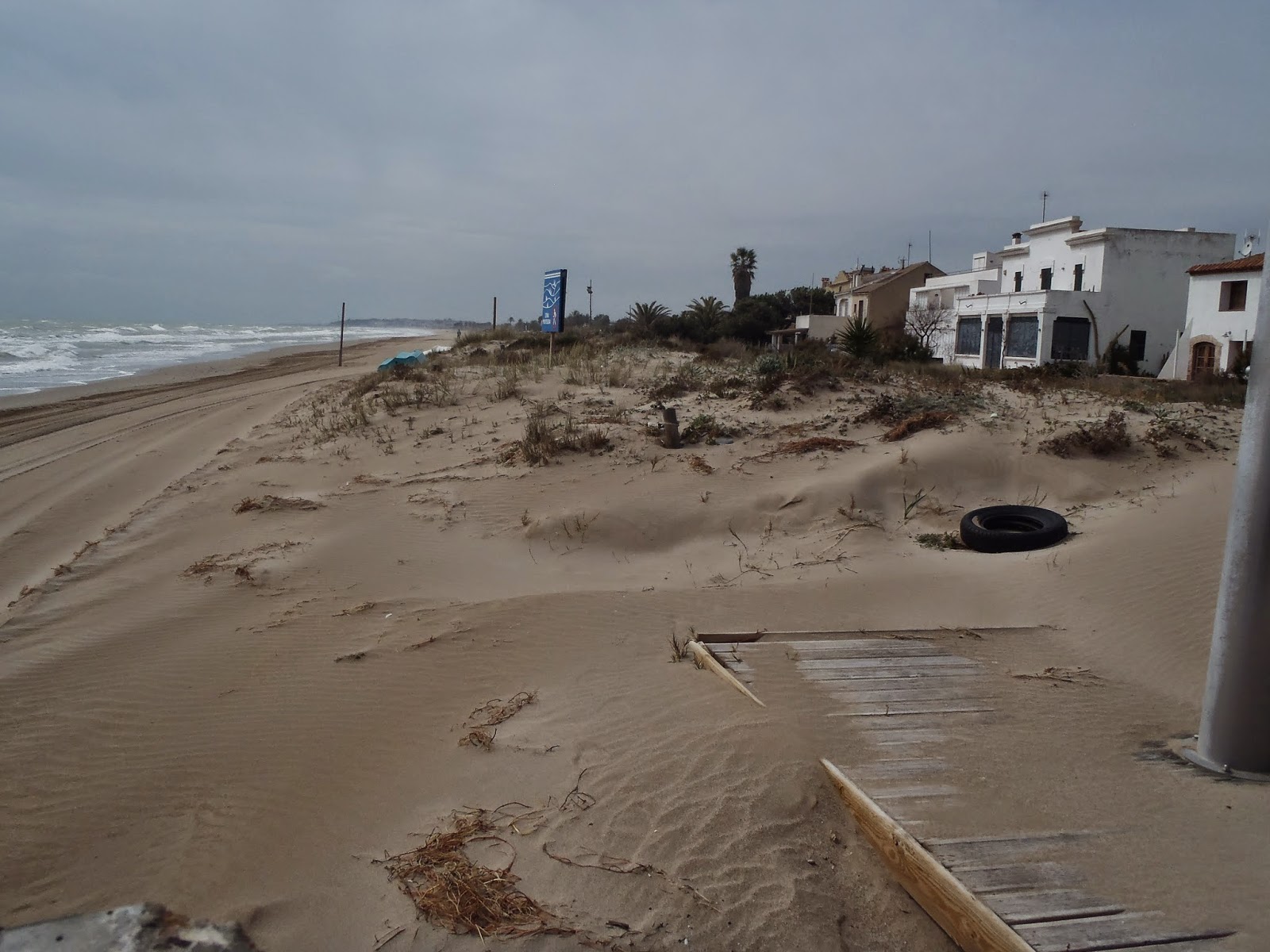 I'd been in bed for two days, my teeth chattering, under a sweaty bedsheet topped with a pile of heavy blankets. The wind had moaned incessantly round the eaves and whistled in the phone lines. The power had been out and the rain had come in evil horizontal flurries. The crash of waves had reached my bed night and day. I wouldn't usually let weather like this hammer down without closer observation. On day three I hauled myself out of bed and went to the beach, maybe another glut of driftwood had arrived, some interesting jetsam, ambergris!


On looking towards OB's snug berth between the dunes I could kid myself that I'd been in bed so long that my bearings were off or that the sand had piled up obscuring her from view. But as I neared a hole seemed to open up in me, corresponding in size almost exactly to the gap in the dunes where my boat wasn't.

Before clear thought returned my feet were taking me off at quite a pace along the beach downwind and downsea of the weather. Had she been stolen? The local boat club had suffered several robberies over the winter—even the Admiralty Pattern anchor had been ripped from its pedestal at the entrance, but why would anybody steal OB, no sailor surely, and what worth was she but to a sailor? I began to consider that she'd been taken by the sea. A fearful hypothesis, I knew well what would happen to her in the surf—she'd be rolled, filled, rolled and filled, sunk and dragged along the bottom by the strong current until she jammed on underwater rocks or came upon the sharp breakwater further down the beach. But mine had been the highest boat on the beach, how could she have gone when others stayed? Was she pushed?

All further conjecture was arrested by a shape, 500 metres away in the dunes. It was her, I was sure. But now I was crowded by fears that all I was seeing was the boat cover crowning a pile of matchwood.

Should I keep my head up as I neared and let the details reveal themselves to my myopic eyes, or stare at the sand and so receive the full impact. I looked down at the dog, still bouncing around my heels—he'd known something was afoot since we'd arrived at the beach—and boldly crossed the sand to the dunes. 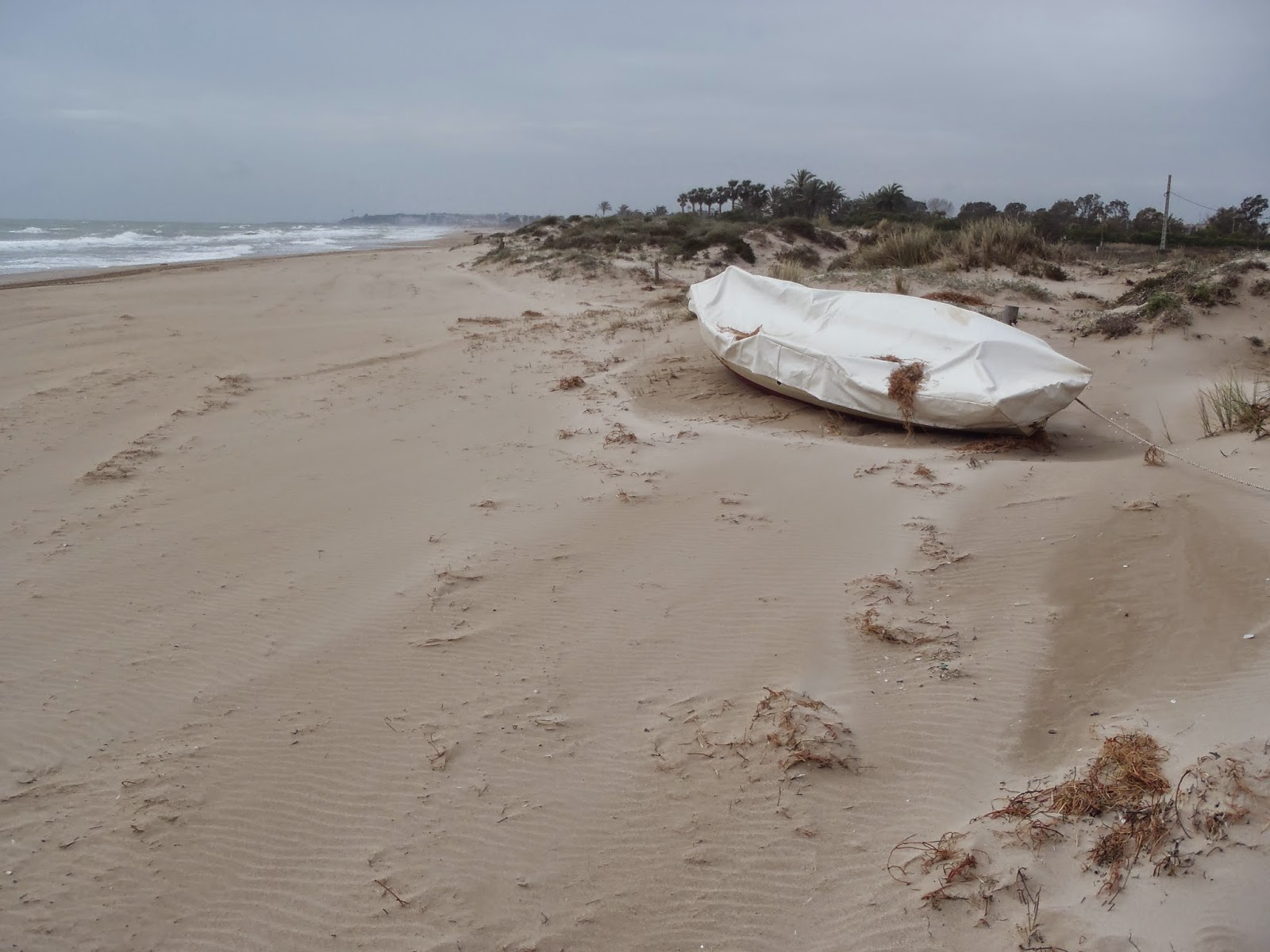 The boat cover gave her a vaguely collapsed form but I could make out her fine unbroken line below. If she'd rolled she would certainly have lost the cover, why hadn't she gone into the sea, I wondered as I peeled back the heavy tarp to reveal a couple of wheelbarrow loads of sand. I dug about a bit. All the kit was intact and in place, she hadn't rolled or even tipped on her side. She'd had a sedate journey from one place in the dunes to another.

As I've learned, watching heavy weather over the years, waves push bigger boats with deeper draught up the beach into messy pile-ups while lighter, shallow draught boats float off on the backwash and go through an invariably fatal rinse cycle. Why had OB behaved like a heavy boat?

The evidence was under the sand. The drain plugs were open. She had virtually no buoyancy, a large amount of sea would have lifted her but water would have surged in through the drain plugs and she would have sunk back down again before she could travel too far on the backwash. The next gush of water would float her up the beach and again she'd ground out on the backwash. As she filled with sand she'd need bigger waves to lift her. Maybe she'd taken all of 24 hours to move those 500 metres, the big seas didn't last longer.

There was still some detective work to be done, how had she left her original place on the beach? Several people had commented how safely she was stored, at least 1.50 metres above mean sea level. She'd weathered several winter storms in exactly this spot. Storms that had denuded the beach and uprooted the shower installations. I was sure she was safe here. But the alternative? I've seen abandoned boats used as trampolines and trashed by children, even burnt on bonfires, but I still couldn't help thinking that it was far fetched to think that someone might come down to this deserted corner in a howling gale and give OB a shove. 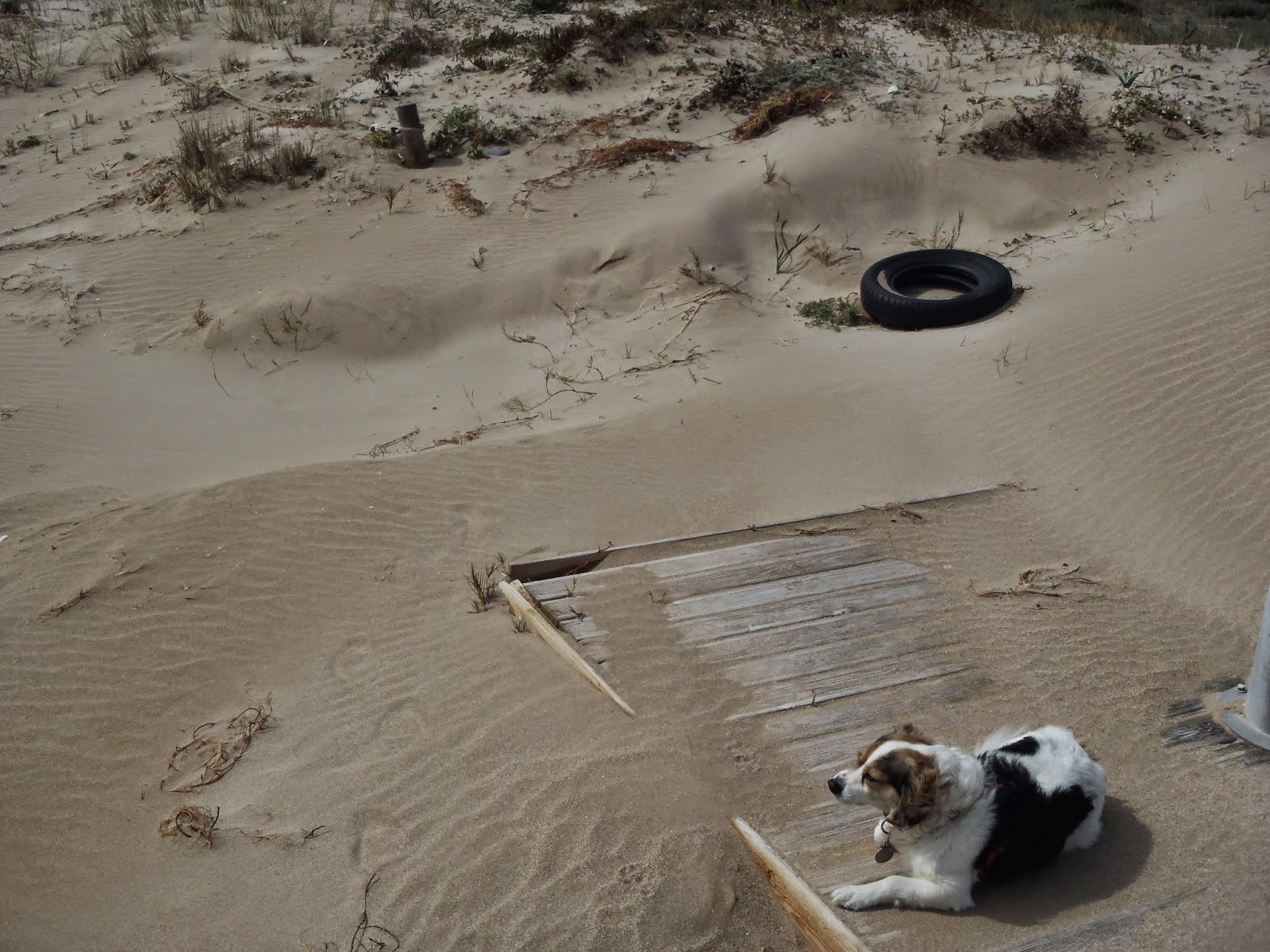 Back at OB's spot the situation rapidly became clear. The wind, that had blown for two days before the rain arrived and the sea rose had excavated the sand from under OB's keel, lowering her considerably with respect to the water level. And there on the summit of the dune was a pile of seaweed. The wash from that one wave would have been higher than OB's entire freeboard, no wonder it sucked her from her den and filled the streets with spume.

I had a boat again. The mystery was cleared up. The lesson learned—tie the boat to something. Now all I had to do was retrieve her. 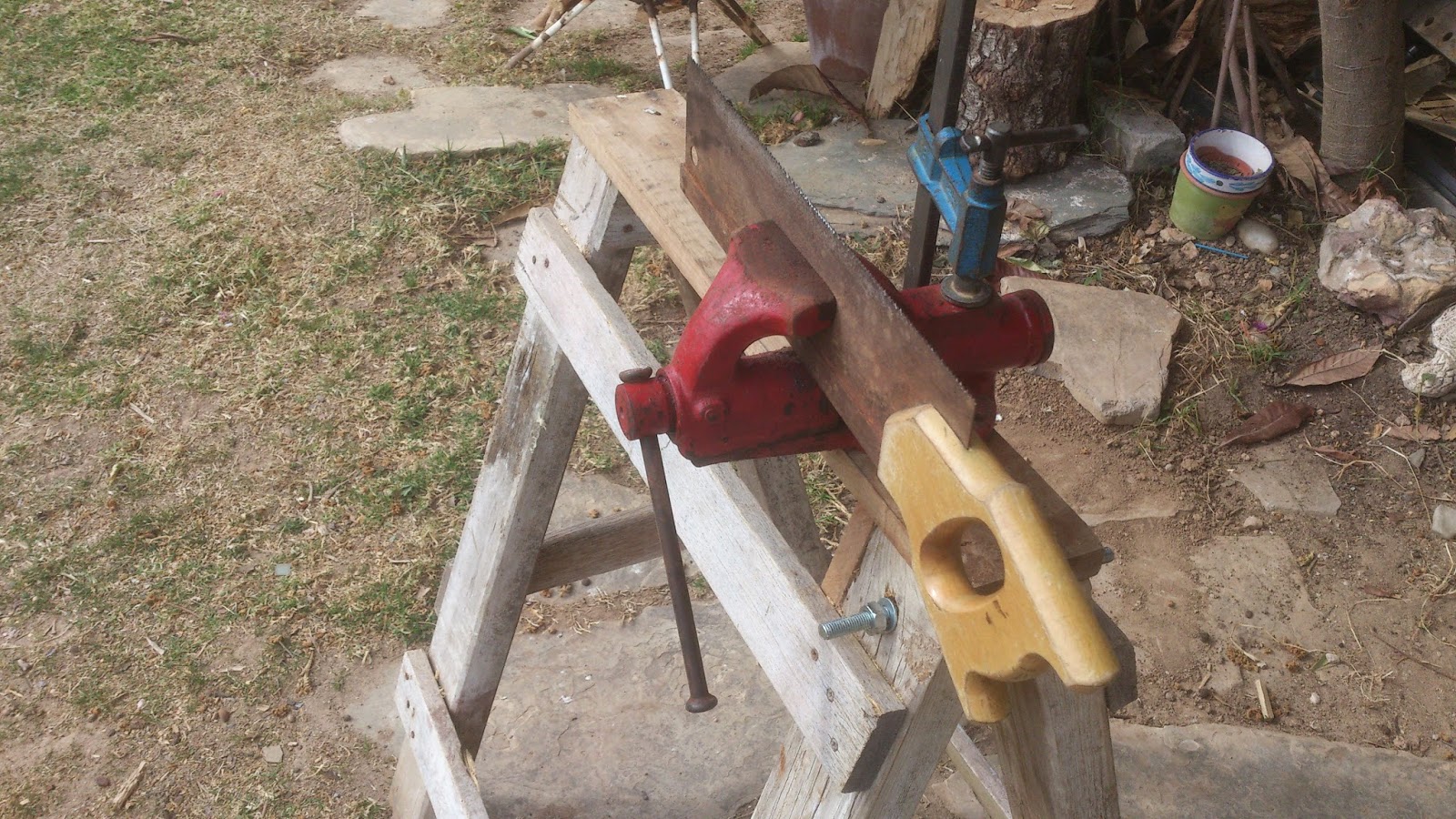 The tenon saw is a right handy tool when it's sharp, and fairly useless when dull. The ways of the world are such that it's easier, less time consuming and relatively cheaper, simply to purchase a new saw when the old one becomes blunt, than to learn how to sharpen the teeth and buy the necessary honing tools—at least that's what they tell me at the local hardware outlet.

It's not parsimony, though I live frugally, but a desire to keep the tools I already have that has lead me to embark on this restoration of The Invisible Workshop. And saw sharpening looks easy in the youtube video, though my saw became still duller after the first attempt. However, with practice and patience I might sometime achieve a solid work surface and sharp tools. Yes, we've heard it all before.

I look at these Swedes, from long before someone thought to flatpack furniture, and am struck with wonder.

I got the rebate plane working and made a lap joint out of some cruddy pallet pine. 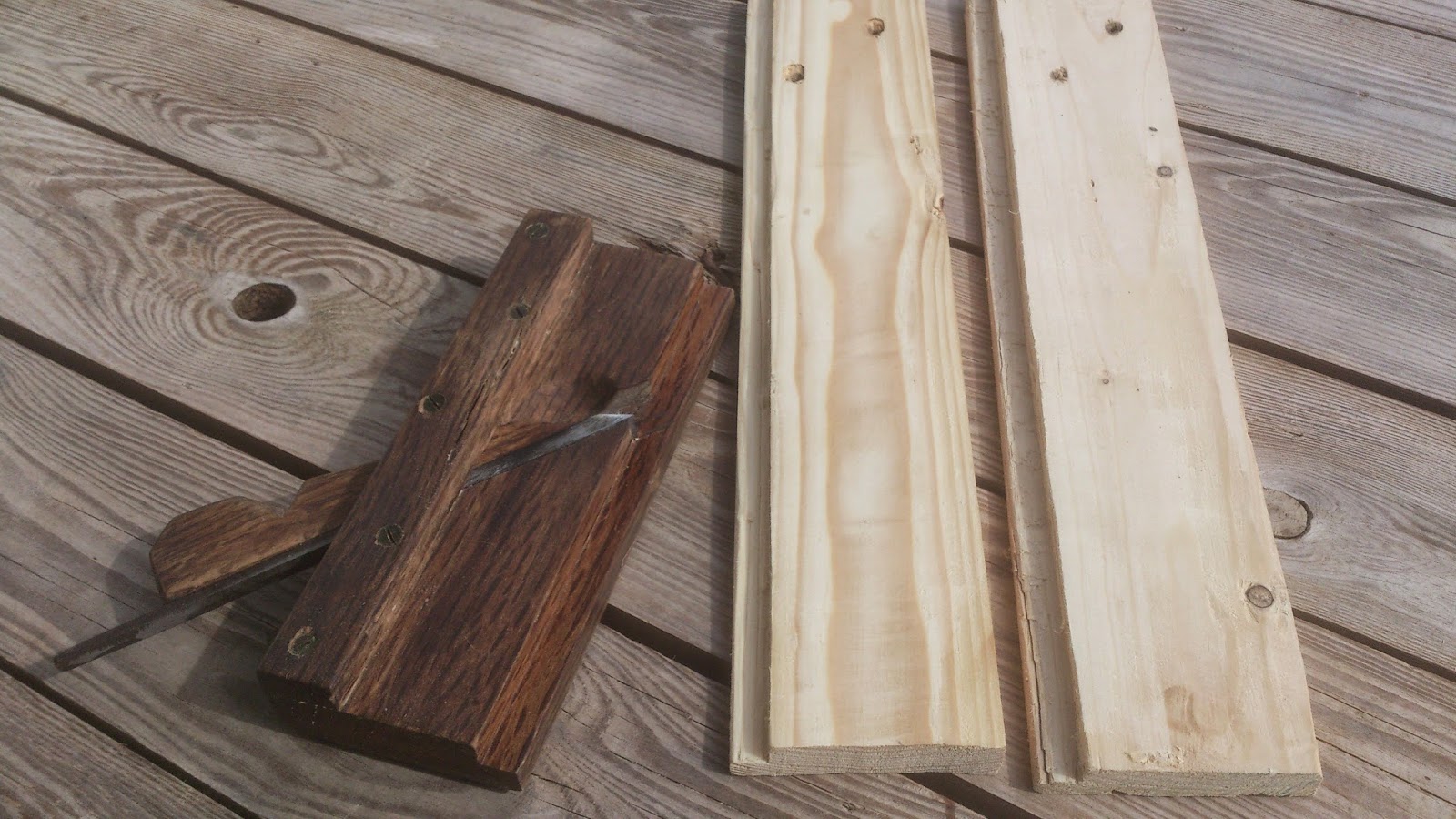 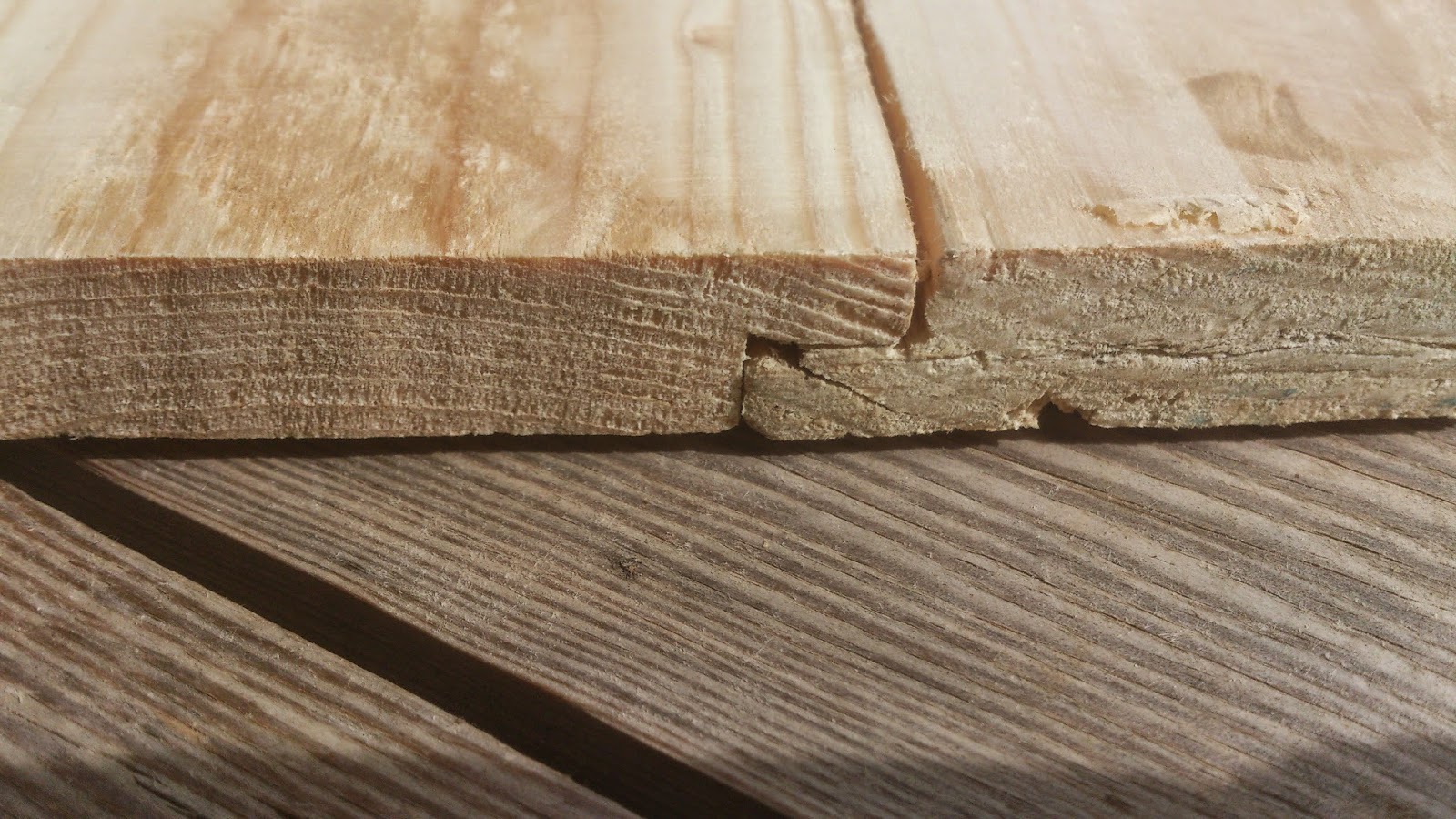 I saw a plane 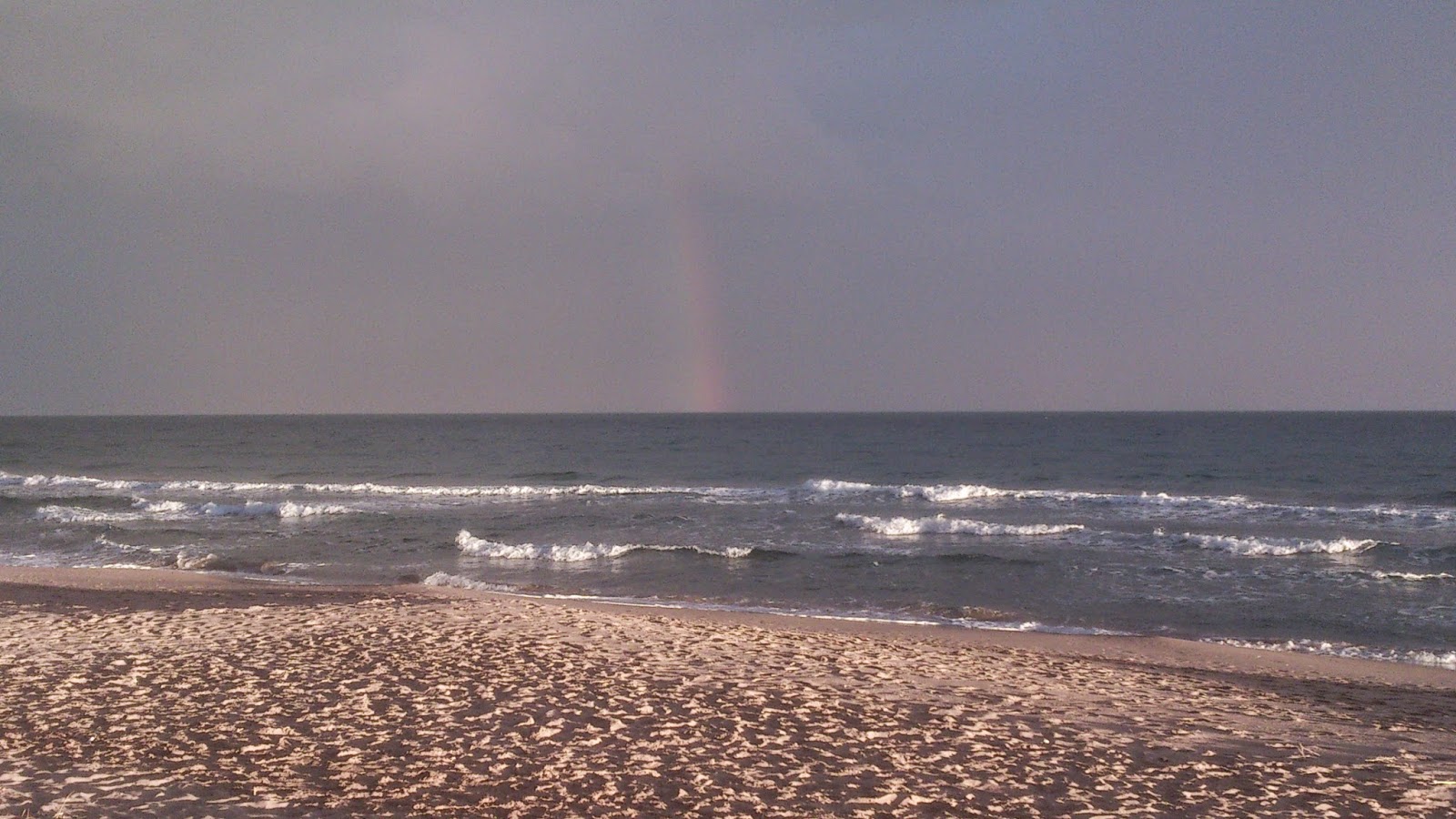 Walking from the car to feed a parking meter I was lured by a siren song issuing from the gloom behind a half open door. I should have tied myself to the meter but I was already lost to the prospect of treasure and soon I was standing in a dark room piled high with promising pieces of interesting old tat. There was no one about and so I began to rummage. Passing over a dutch oven, a Tilly lamp and a varnished case of cutlery I found, under a table in a shadowy corner, a wooden box of assorted tools. A quick delve and my hand alighted on a rebate plane. I felt the heavy, smooth wood and the cold steel blade. Although I could barely see it I could make out glue marks on the back. Then, “As if by magic, the shopkeeper appeared.” 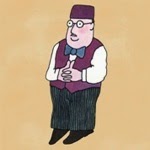 'What's this glue?' I inquired.

'That'll be where the carpenter glued on a piece to act as a fence.' He said with confidence. It seemed a reasonable, if slight odd, explanation.

You're supposed to haggle in these situations but for non confrontational people like myself it's easier to assume that sellers have given their wares an honest evaluation and are not trying to extract an extra buck. I coughed at his price, handed over the cash and resolved to watch a few old episodes of Lovejoy. 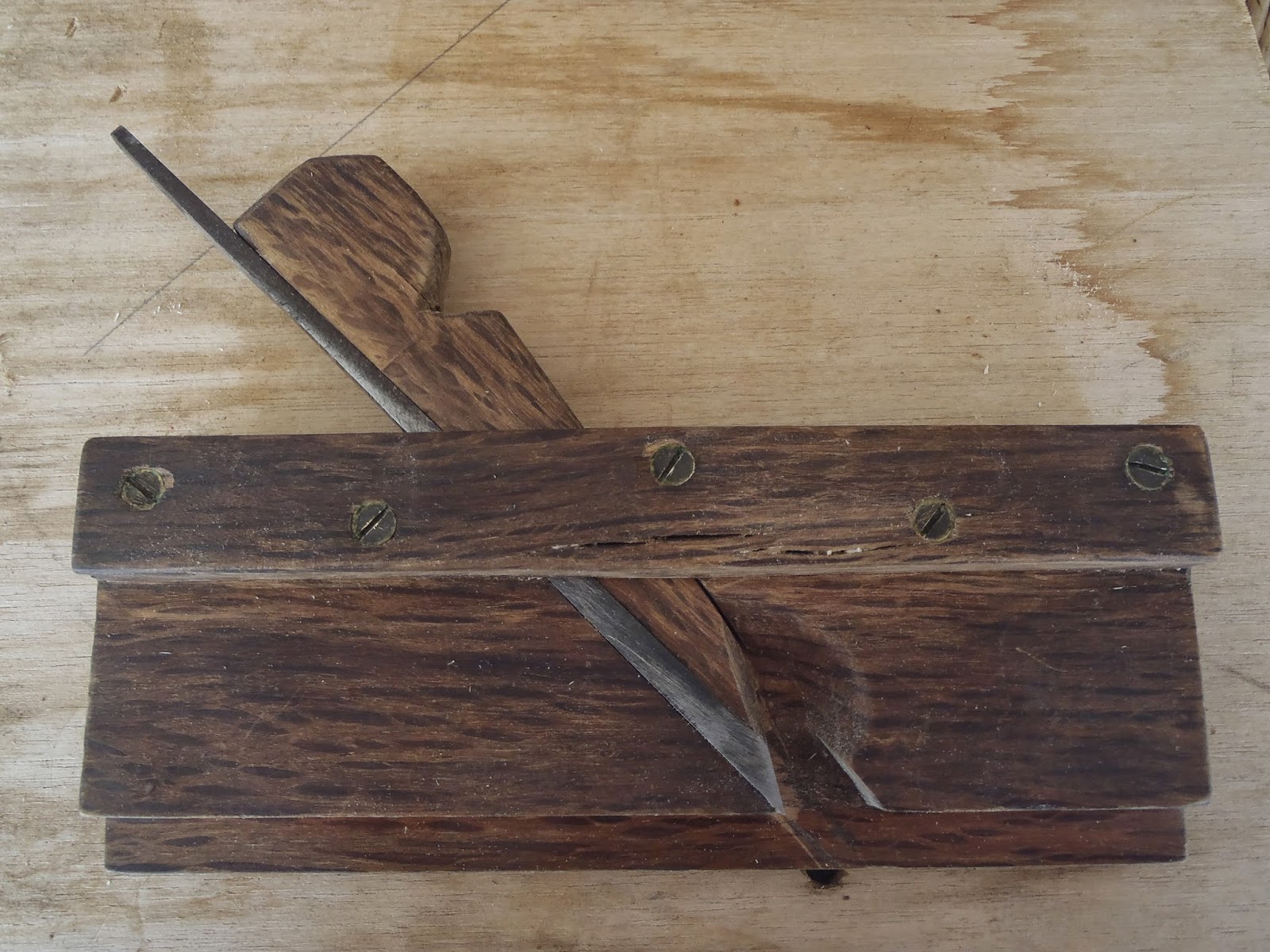 The next day in the bright light of The Invisible Workshop I gave the plane a perusal and immediately realised that I'd been a sucker. A carpenter hadn't touched this plane for many years. The blade was wrongly set and it was immovable, as was the wedge. And what was all the white gunk? The working parts were welded in place with glue, and that explained the adhesive marks on the back. This plane had spent years as a decoration, probably glue to a restaurant wall, adding a rustic touch.

A few days later I was up country with a friend pollarding olive trees with my dependable bow saw when I was overcome with exhaustion and stumbled to the car for a rest. My friend tidied up our tools and drove me home. The fatigue developed into a condition that required hospitalisation and when I next found myself in the workshop I discovered my bow saw was absent. Doubtless rusting in the long grass under the olive tree where I'd let it fall.


Quick research revealed that the cost of a round trip to recover the saw would total more than a new saw. And the spondolicks I'd coughed up for that 'objet d'art' plane still hurt. I was punishing myself—You had a saw, you lost it. What do you expect? A new one?—Quite why I'm so harsh on myself I don't know... Maybe because I'm so lenient on my children...

Some time ago an astute business acquaintance of mine bought a cut price lot of 100 folding chairs from that Swedish furniture store. Nice ones in beech, stained black. The problem was that every time he sat down he ended up on the floor amid a pile of kindling. I've been using the kindling produced by him, and the members of the association he sold the chairs to, in my wood stove for years.

I'd been looking at traditional hand tools for some time and realised that with half a chair, a new saw blade (aquired for a piffling amount) and some string, I could make a bow saw.


I still had a heap of driftwood— brought to the beach by a winter storm—to cut, and found that my new saw was perfectly adequate for chomping through the uniformly bleached wood. 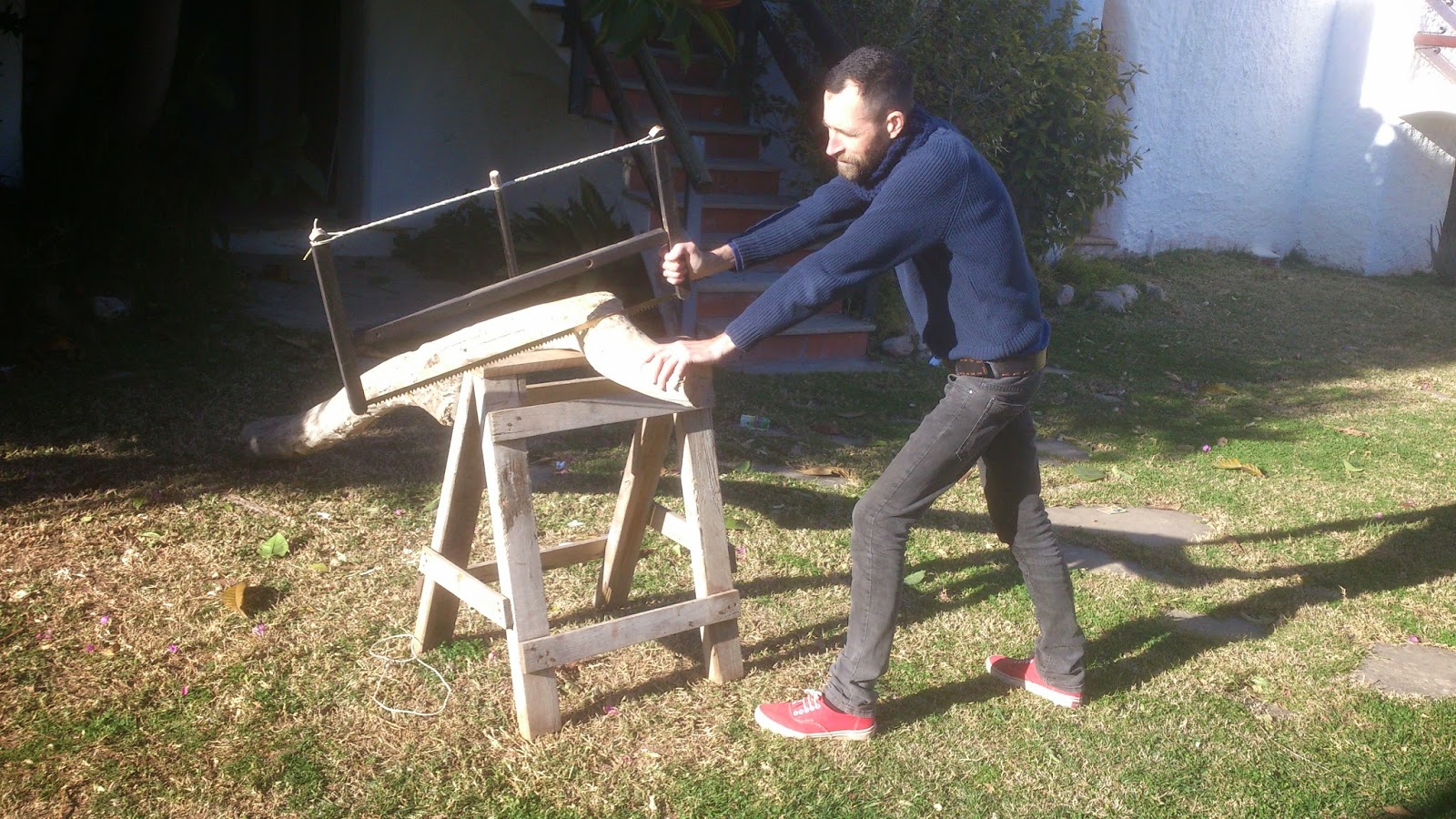 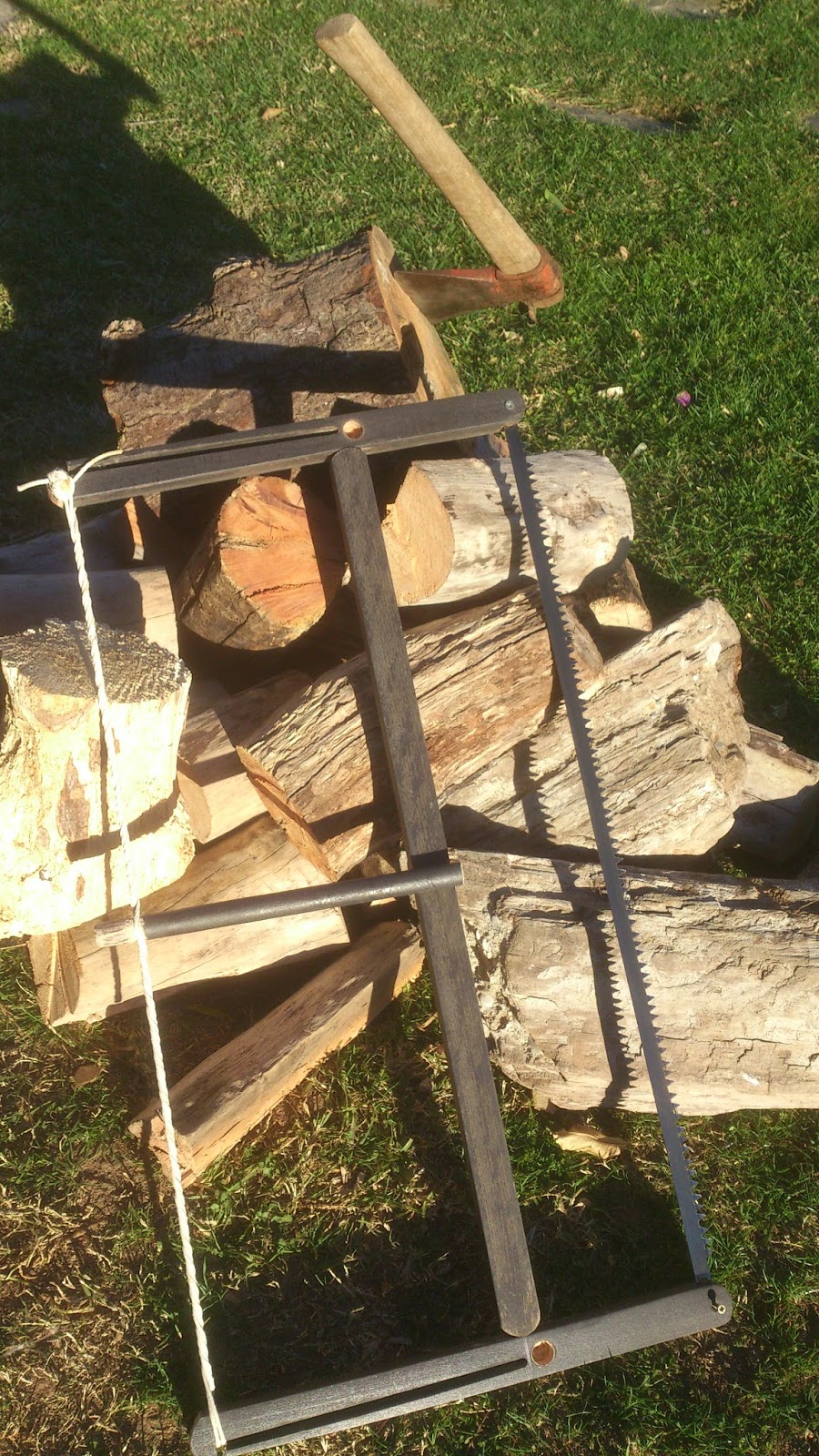