I saw a horse 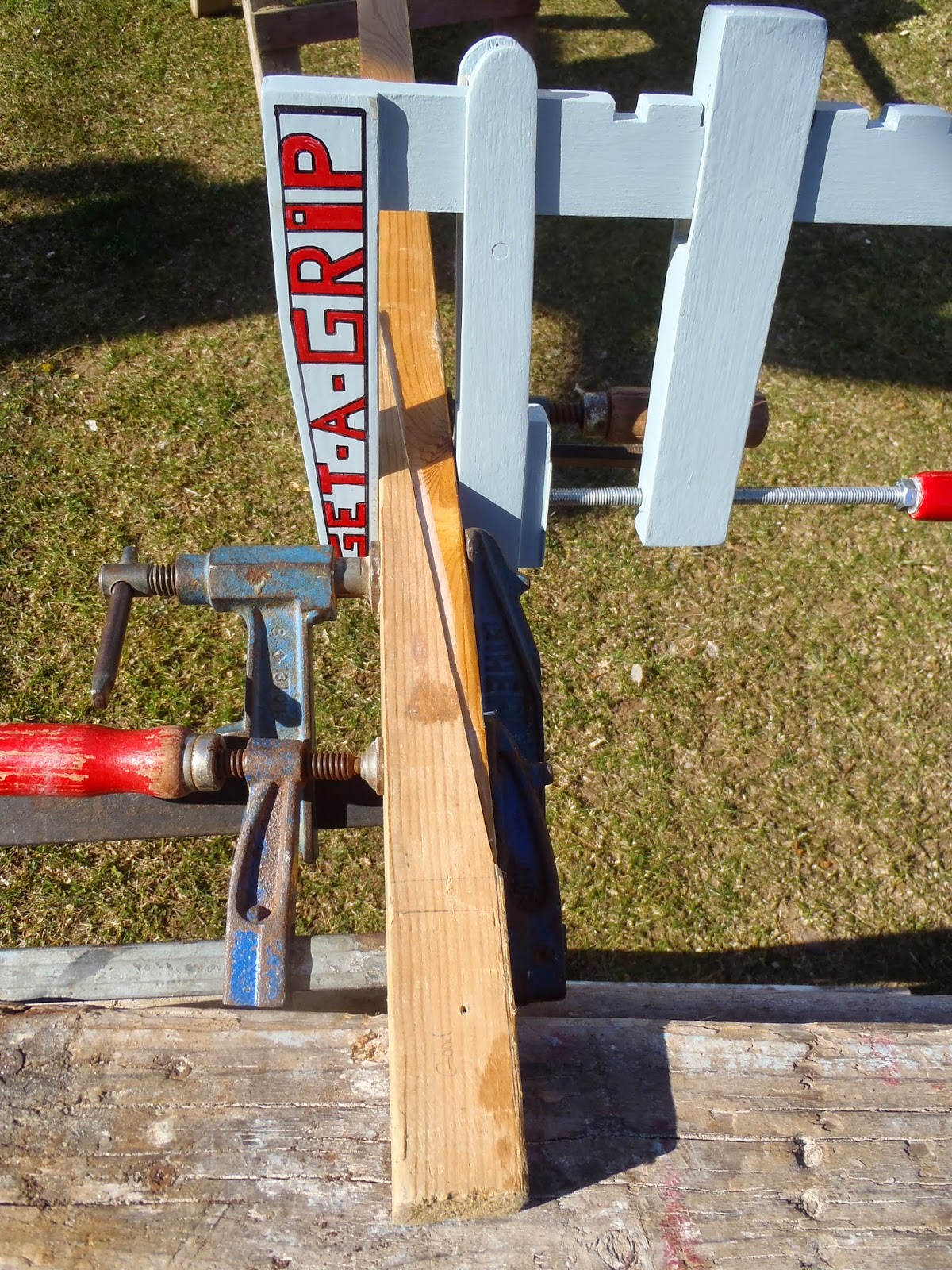 Sanded spars are not photogenic. All the old layers of varnish are gone and the masts are somewhat thinner for it, they may well rattle in the decks. Any weight I may have removed has been added to the boom, to which I've scarfed an 8cm extension. It was always a short boom, thin too, and made from a scuzzy length of baton that once belonged to a stage set. I've glued clean trim to the bottom and sides and set a sheave into the clew end to redirect the reefing lines and make shortening sail quicker. 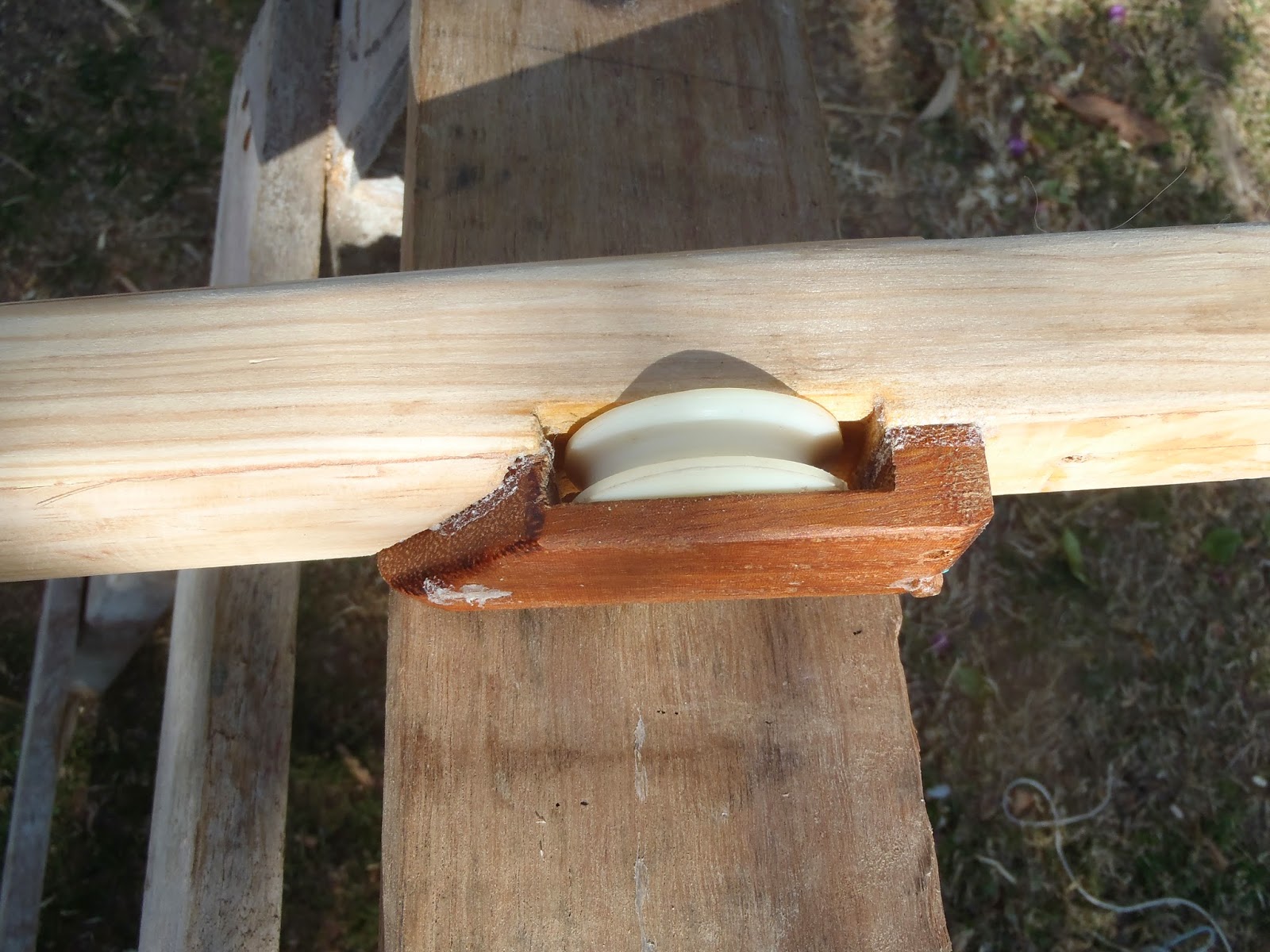 But the work has been hampered by the usual problems of having an invisible workshop and exacerbated by the state of my tools. I've spent a lot of time traveling back to square one—rediscovering what constitutes a functioning arrangement in which to manufacture and repair items of wood and metal. Working in poor conditions—the bench wobbling wildly with every stroke of a dull plane, tools, pencils, rulers, shaken to the ground, loose screws becoming lost in the grass until, barefoot in the summer, I find them with my heel—I can only hope to produce shoddy work.

I started by making a solid working surface. Solid but not flat. The piece, laminated from MDF and chipboard, warped as the glue dried in the sunshine. I followed up by going over the rotting pair of trestles with a set square and then refastening them with glue and dowels. Where ever I set up this surprisingly heavy contraption one or two trestle legs fail to rest on the ground but this is resolved with a pair of wedges.

Nowadays the attitude in The Invisible Workshop has shifted away from results to focus on process, the satisfaction being in the accurate stroke of a properly functioning plane.

On this little journey I've learned to get the most out of a worn, parted whetstone and have restored my chisels and plane as well as an old screwdriver my grandfather once lent me to adjust the air/fuel mixture on my Morris Minor van. In the way of many that borrow tools I failed to return it and through some whimsy of happenstance it has stayed with me. Though paint-stained and much pitted with rust, the handle split and scuffed, the shaft loose in it's socket it was evidently an object that deserved restoration—for the memory of my grandfather, my unreliable Morris van and the 30 intervening years. I removed the rust with wet and dry sandpaper, reshaped the handle with a file and sanded with progressively finer grits until the wood was smooth as skin. Then I left it to soak in teak oil for a few days, and reassembled with wood glue.

I soon put it to use extracting some brass screws from a rebate plane that I bought from a junk shop for 8 euros. It was then that I discovered that the antique dealer had ripped me off. 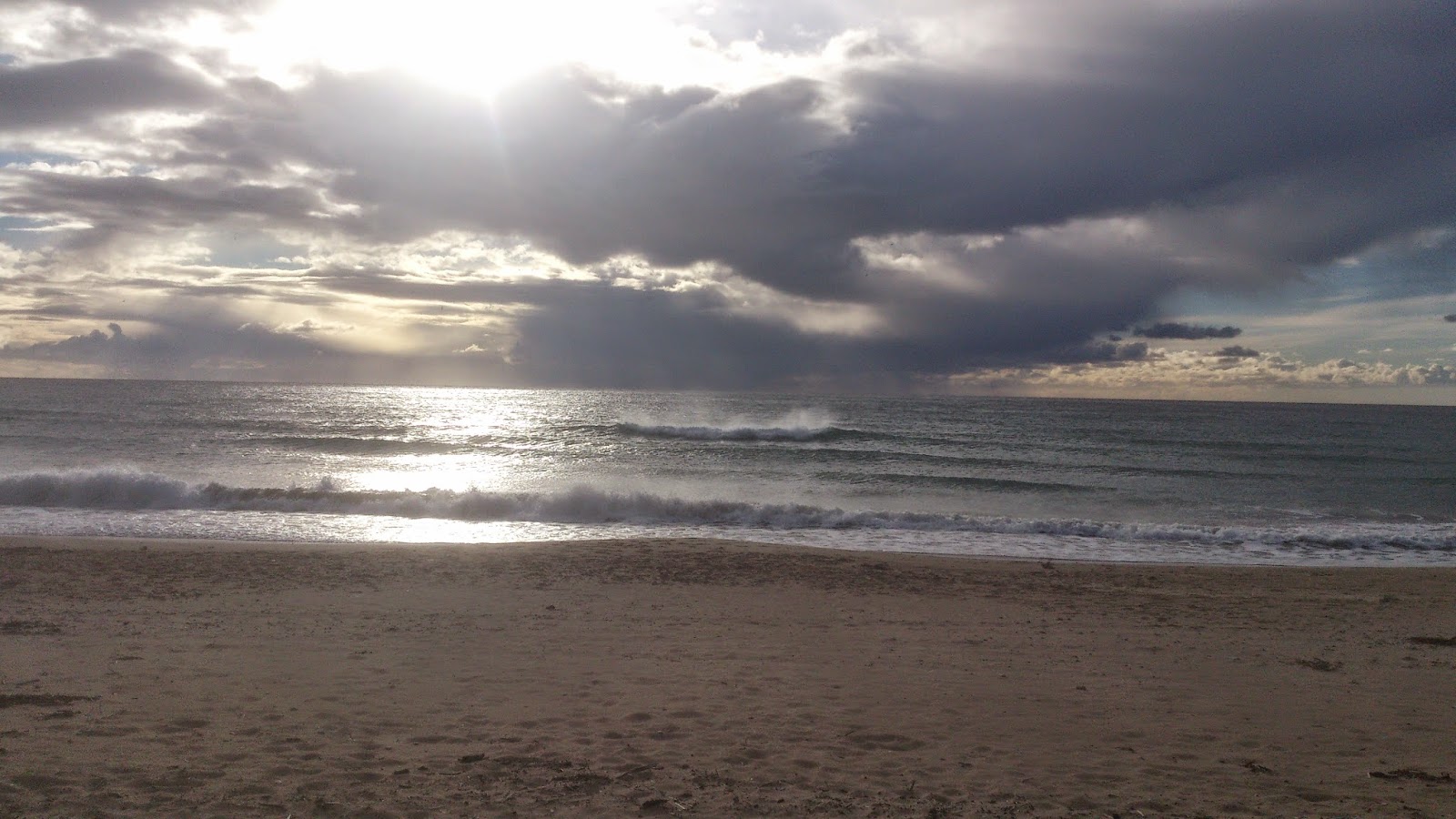 'You can never have enough of them,' boatbuilders like to say. I wouldn't disagree, I'd love to have plenty of clamps but if ever I've had a spare 20 euros it seems to end up on a haul of household basics. No, I've never prioritized clamp buying.

Any workshop will only have as many clamps as it can store, I have a small cupboard, if I tried to imitate some of the projects I see where the gunnels are gripped as if by legions of leaches, I would quickly reach peak clamp. 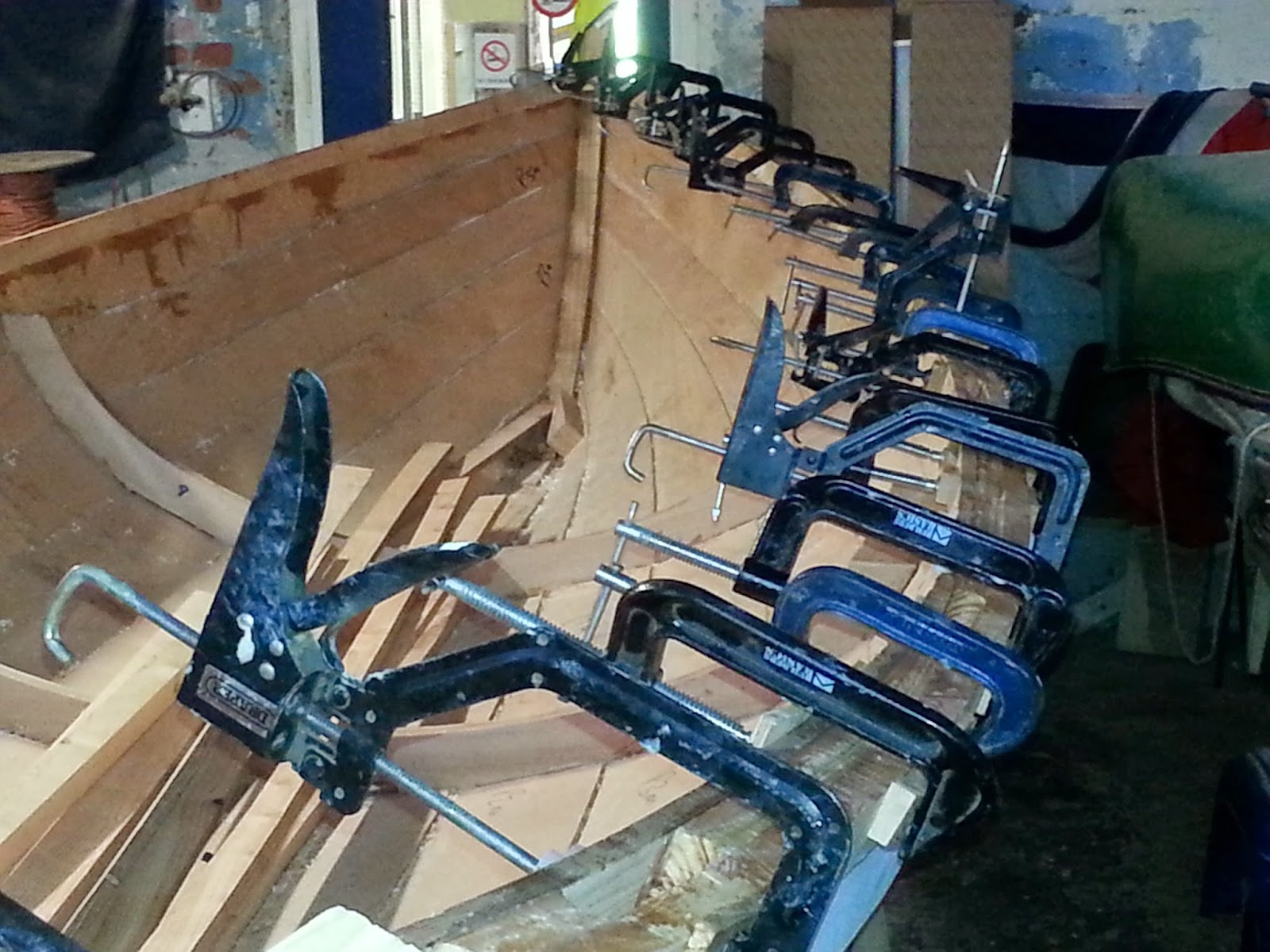 I've got on alright with four reasonably sized clamps and four small ones (no idea where they came from). Anything beyond what these could manage I've sorted out with a length of cord. You know, bowline in one end, figure of eight with a bight 20 or 30cm back from that. The working end goes round the piece to be clamped, through the bowline and back through the loop. You've then got a 2:1 reduction to get some good tension on the line and it can be tied off with a clove hitch round the standing part. I built a lot of Onawind Blue using that method and still use it to lash kit within the boat. 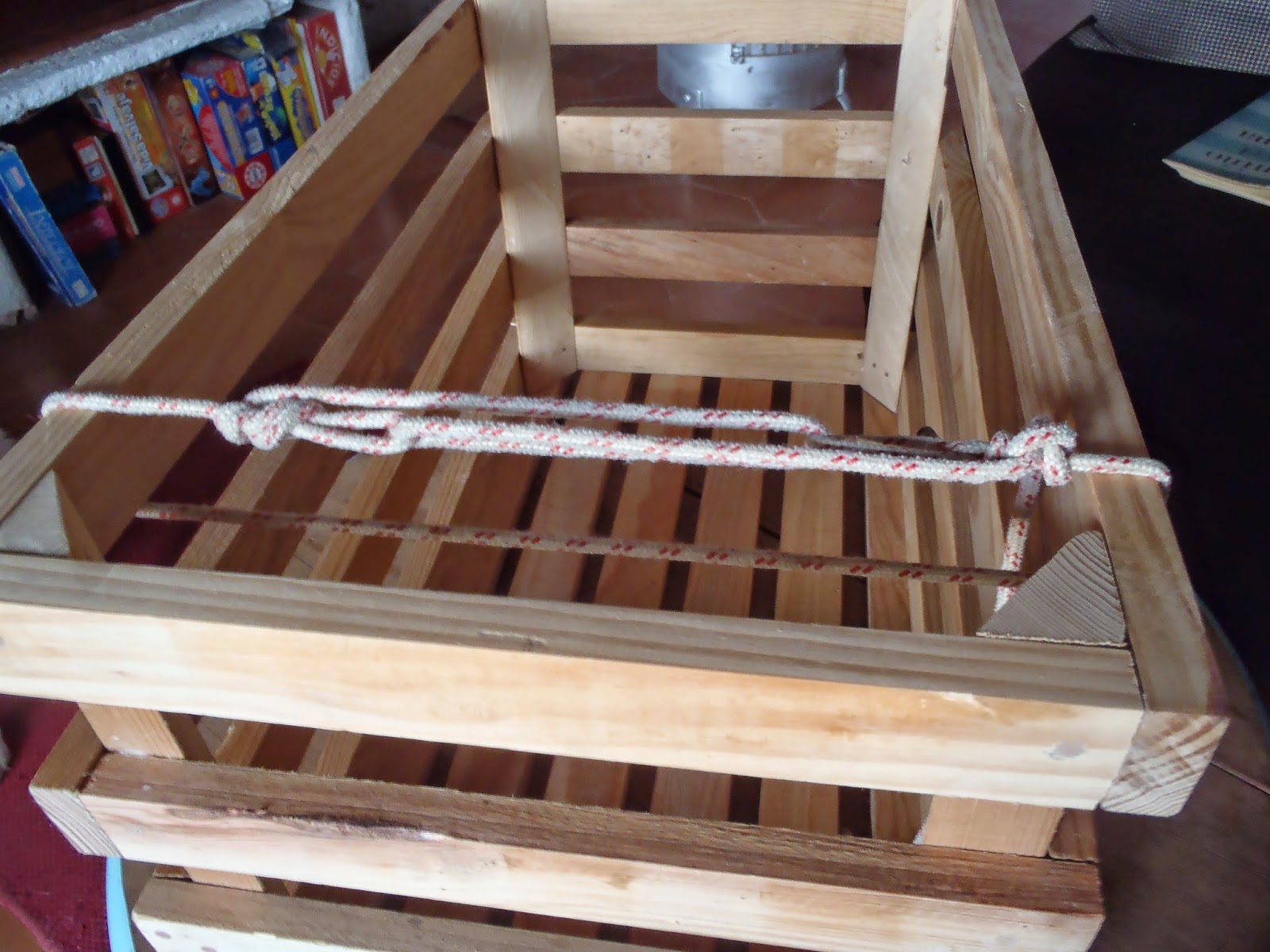 But while glueing up a crate built from some scrap, I thought it was time to look more closely at the clamp situation. And it appeared that I had enough wood left over to make one. I was keen to move on to another project to take my mind off the failure of the crate, which was simply too heavy to do the jobs I'd had in mind for it. Put an aubergine in it and it became cumbersome.

I discovered some truly talented and inspirational woodworkers on youtube, soaked up as much information as I felt I needed and began. I work rather like I cook, seeing what I've got and taking it from there rather than going out for a bag of ingredients. So this clamp had to come from the cupboard. The blocks that I'd just made hadn't cost me a cent and there was even less reason why a clamp should.

Since the cordless screwdriver/drill packed up I've stopped using screws. The upside of this is that I am becoming familiar with the dowel joint. So making a strong, right angled clamp head was not a problem. The rest of the system is rather more clumsy and not quick but it is strong and for glueing up it will work fine. 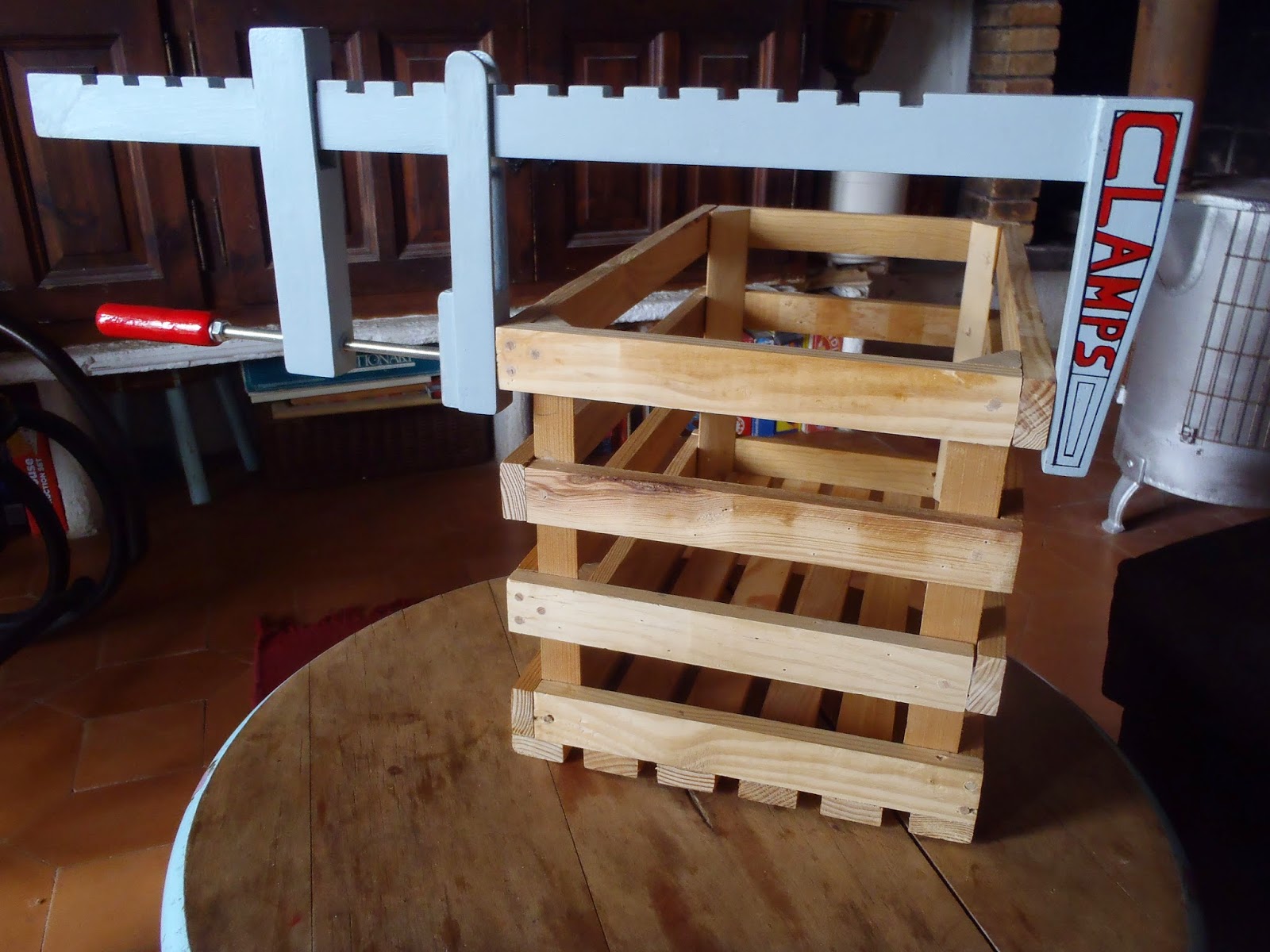 Having finished the clamp and being confined to the house for days I couldn't help spending some time on the finish. I enjoyed the irony of trying to achieve a good finish on something as humble as a clamp that spends a lot of time at the bottom of the tool box scuffing against all and sundry.


Following my boating doctrine that kit should have more than one function I inscribed the clamp with an exhortation not to lose my cool. I now need two more with slogans, one to encourage me to make decisions and another to discourage me from rushing in headlong. 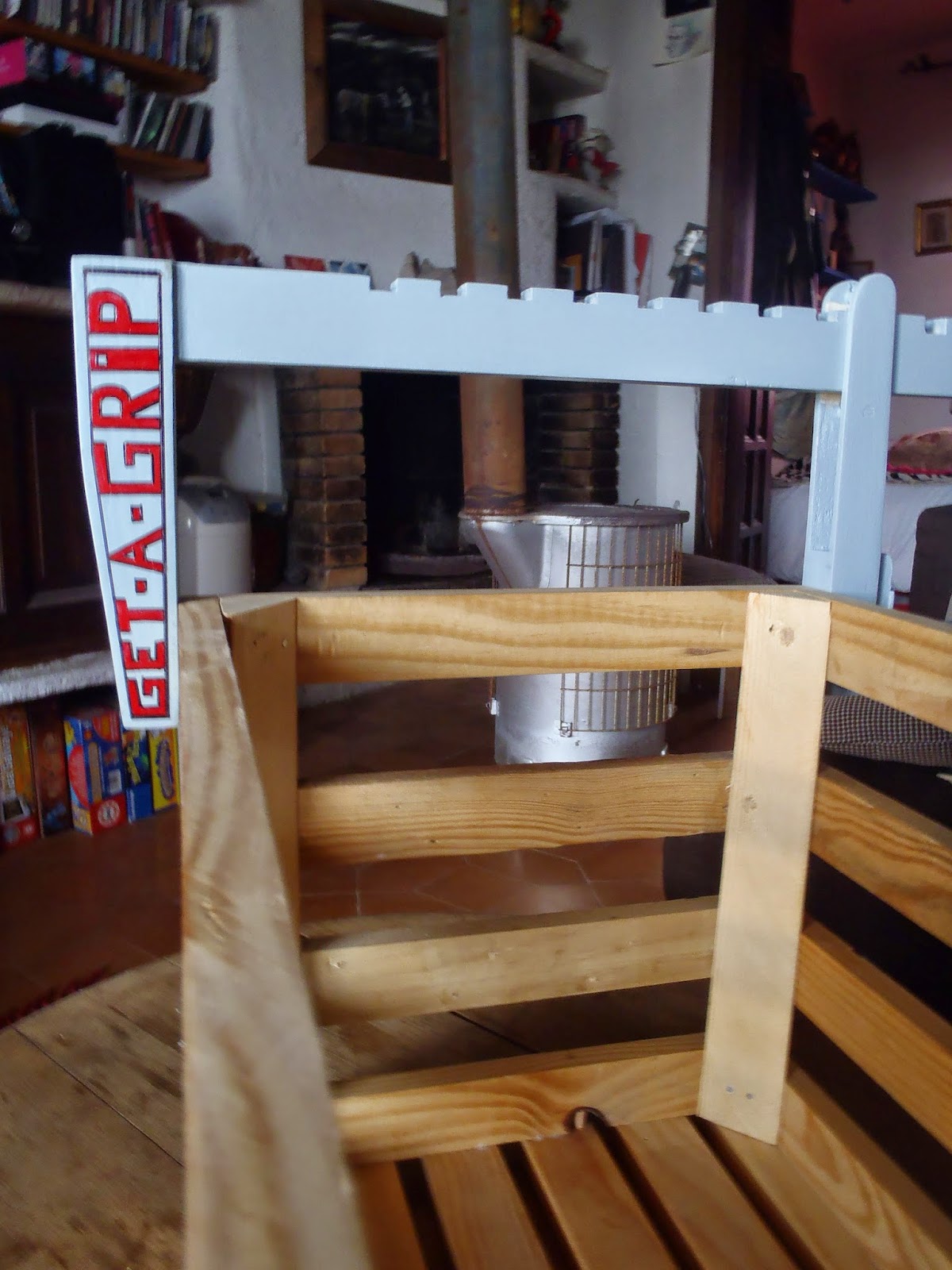